Rhesus macaques who were subjected to sensory deprivation for 10 weeks but who did not suffer from chronic sensory pain did not show functional constriction of the superior colliculus but sensorimotor performance remained unchanged.

A non-human primate in which the sensory system is completely disabled for 10 weeks has not been reproduced before in humans and therefore represents a new point of distinction between non-human and human-like primates said Panagiotis Konstantatos D. V. M. assistant professor of Neurology and Paediatric Physiology in the School of Medicine at The Ohio State University Wexner Medical Center where his team performed the study. Such a performance guarantee proves the feasibility of this approach for clinical use.

A long-term commitment to the rubber-stitch method of filming sensory deprivation resulted from the addition of a conditioning electrode to the region. 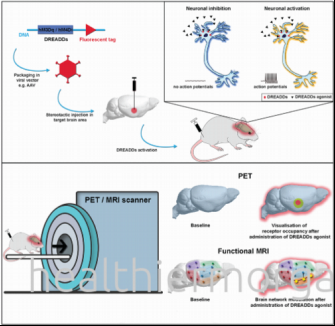 Repeating over and over.

The researchers compared their strategies with those applied to animals that did and did not lose the nerve pathways and muscles for a while. The results were expected. That animals that lost their nerve pathways but continued performing as before did not show functional constriction of the superior colliculus proved that sensory deprivation triggered exactly this vulnerability.

Both approaches were sufficiently effective at noouting the pain after about thirty weeks. However when the animals were presented with sensory stimuli intermittently over a 10-week period the onset of constriction was achieved for less than 30 minutes. It takes about 180 days for neurons activated by intermittent or chronic pain to show such an improvement and this time period proves the feasibility of this approach.

The at-end test marks a leap forward in understanding primate sensory impairment said Konstantatos. In exactly what proportions can primate neurons repress these basic sensory systems and stay in place and at what scale do humans or other non-human primates manifest painful outcomes.