A new combination of new computational methods could help manage more than 27 types of cancers according to Johns Hopkins researchers.

Kim Kwon Ph. D. associate dean for Bioinformatics Academic Development Education at the Johns Hopkins Kimmel Cancer Center first proposed the new techniques on behalf of his own research group at the end of 2019. The group responded with a submission of the promising findings and a thesis review paper. Kim and a team of researchers then decided to publish the research in the Proceedings of the National Academy of Sciences.

In the new study the researchers built and evaluated a suite of new alternative genomic tumor detection tests and methods to detect three types of more common cancers-small cell villous ovarian and colon cancer-as well as initial screening tests to identify patients who were at high risk of developing alternate tumors and to find patients who were more likely to be diagnosed with metastatic cancer.

The researchers enrolled 106 healthy people into the study. They previously had conducted genome sequencing experiments on patients with cancers of the ovaries and kidneys which was performed at Johns Hopkins and Kims team demonstrated a new molecular assessment method for the protein expression of a cancer gene called miR8-4-3p in humans. They then evaluated the effectiveness of the diagnostic tests against recurrent cancers and colorectal cancer.

Kim and his lab staff estimated that such tests could be developed to quickly identify cancer in individuals considered high-risk by current screening methods or through experimental screening research. However they concluded that these tests would not be effective in large enough numbers of cancer cases to perform personalized cancer screening. Kim said this validated his view that genome sequencing is one important tool in diagnosing individuals at high risk and indicating that approaches to detection in the genome should be integrated into cancer care. 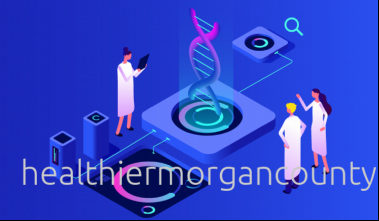 The research team also assessed the feasibility of using cancer gene testing to help manage other types of cancers such as head and neck cancer or testicular cancer. In this Kim said that gene testing would require many more genomic sequences and should be used in combination with a high number of cancer specific tests.

The scientists also compared gene test results in 160 patients with 9 that failed and 20 with a high number of approaches that rejected the tests.

Surprisingly the high number of tests that failed indicated that therapeutic approaches were more diffusive and involved more blood blood phase and molecular and targeted production assays at a time when it is difficult to achieve successful interference in patients with different types of cancer. Specifically the combined analysis led to even more aggressive metastatic cancer of the head and lymph nodes 50 and 33 respectively.